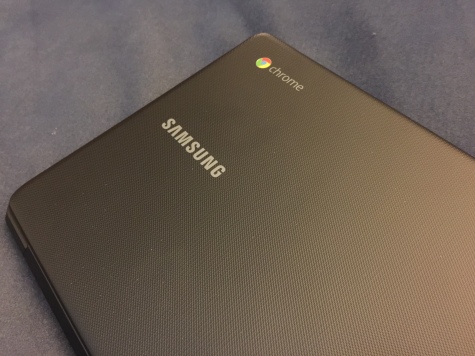 But now it all changes. A lot of you know that a main driver of my planned move next year is my budget issues – I can’t afford the Boston area anymore. In advance of that move, my tech is starting to move as well – from the Apple neighborhood to one where I don’t have to constantly worry about whether I can afford to replace devices that have reached the end of the line.

The most radical part of the change will be replacing my Mac Mini with a Chromebook. Above and beyond the low cost, the lightness of the environment attracts me. No matter how much I bumped up memory and storage on my Macs, that spinning beachball would never stay away for long. Assuming I can discipline myself as far as the number of tabs I keep open, things should go a lot faster. And yes ChromeOS is mainly just a browser, but web apps exist for just about every purpose these days. As for file storage, I’m going to put everything I can up on the cloud (currently transferring my iTunes library to Google Play Music – I think I can live with the 50K song limit), and archive some things (like video) to USB drives. What storage there is on the Chromebook is flash, so it’ll be faster and I won’t have to worry about hard-drive crashes anymore.

What about tablets? My first-gen iPad Mini is approaching end-of-the-line status, it no longer supports all features of the latest iOS releases. I’m sure the next step (not being able to update the OS at all) will come soon, followed by app makers dropping support as well. And while I’ve loved the compact size and low weight, I’ve come to realize that my aging eyes need a larger screen. So I’ve begun to transition to a 9.6 in. Android Samsung Tab E. It’s definitely got more heft to it, but the speed and reading experience are markedly better. I know Instagram is designed to be a phone app, but you should see what pictures look like at the larger size, you can really see a lot of detail that’s not apparent on your phone.

Speaking of phones, that will be the last stage. My current iPhone has eight payments left on it, and after that’s paid off I’m going to enjoy the lower monthly phone bill as long as I can. But I’m pretty sure my next phone will be an Android as well. Hopefully by then I can find an affordable model with the forthcoming Android N, which I hear will have the automatic OS updates that Apple is famous for (no more waiting to see when and if your phone will be updated).

So that’s one part of my moving plan. Have finances affected your tech choices and future plans as well?